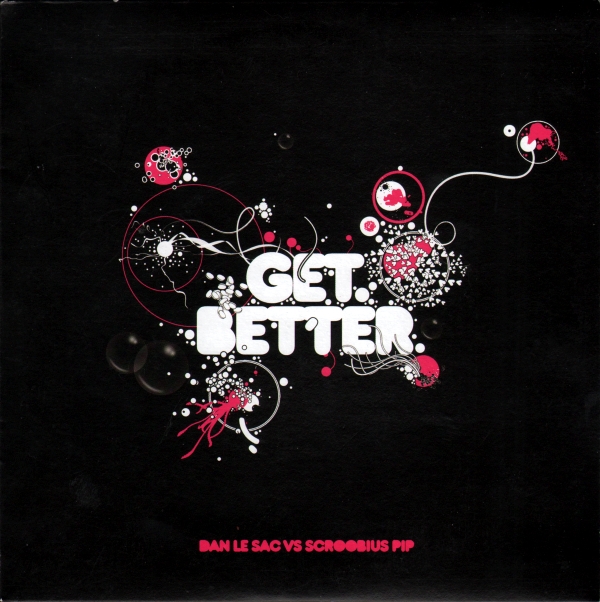 A euphoric return to pop’s centre stage dan le sac Vs Scroobius Pip deliver the Italo-tinged anthem Get Better, out now on 7″ and download…

Given its world premier by Zane Lowe on Radio 1, Get Better is an appeal for positivity, responsibility and self-education, and it comes blessed with a rolling electro-house groove and the duo’s catchiest hooks yet.

Remixes come courtesy of 2 Bears (featuring Joe Goddard – only onBeatport.com), Jakwob, Errors, Villa and Sunday Best, with a video directed by Richard Heslop – who’s credits include videos for everyone from Happy Mondays and The Smiths, to Ace Of Base and the Shamen.

Instantly danceable, yet increasingly vital, The Logic Of Chance is a great leap forward for alternative conscious pop. Scroobius Pip speaking plainly on the state of nation, while dan le sac delivers his most advanced and eclectic soundtrack yet.

Released in May ’08, the duo’s debut album Angles arrived just 12 months after the first fruits of their partnership hit the airwaves.  The now ubiquitous Thou Shalt Always Kill, followed by singles Beat That My Heart Skipped, Look For The Woman and Letter From God To Man, paved the way for the debut album to break the Top 30. In the subsequent 18 months, the duo have toured Europe and the US to a growing live following, they kick off a new UK tour in March.