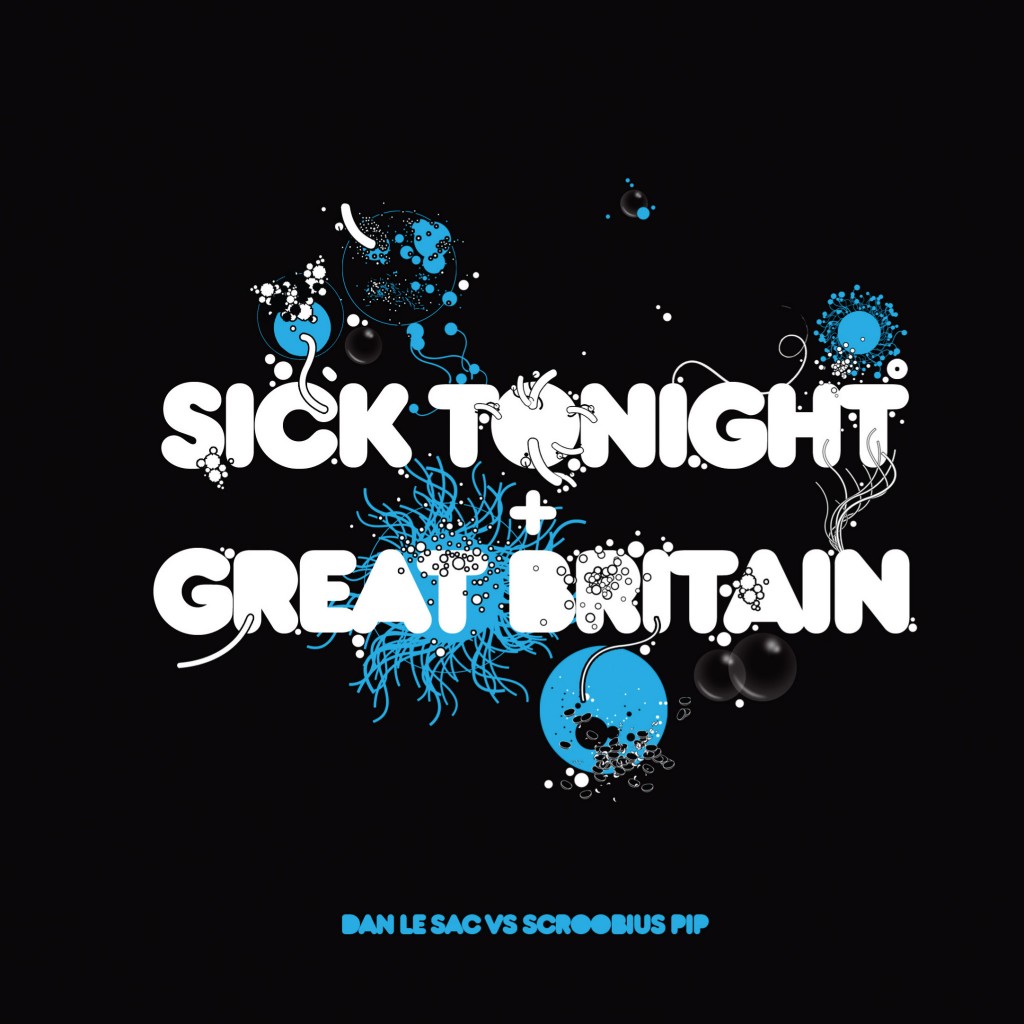 And as the British public is dragged kicking and screaming to the ballot box this spring, Sick Tonight comes accompanied by casio-driven ‘state of nation address’Great Britain … Scroobius Pip’s quick fire appraisal of our contradictory feelings of diversity and division, freedom and misinformation, opportunity and apathy, violence and security.

The double A-side single is OUT NOW, with remixes from Doctor P, Akira the Don, Mumdance, Sampha, Hyetal & more!

dan le sac Vs Scroobius Pip released their second album The Logic Of Chance in March, the number one Hip Hop album on iTunes it was followed up with a sold out UK tour. The duo are currently on tour in Europe, before the return to London for the Camden Crawl on May 2nd.

With the free-flowing rhyme’n’bass of new single Sick Tonight, the dancefloor hip-hop of The Beat and the euphoric Italo-disco of Get Better, le sac Vs Pip have delivered a second album of beat led polemics; instantly danceable, yet increasingly vital.

“Savage, funny, wise and inspiring. Their country needs them.” Independent on Sunday

“Loaded with more empathy, passion and insight than anything peddled by your average guitar-wielding oik.” NME

“Ignore them at your peril” 5/5 The Independent

“As happy playing at a hard-core rave as spending an afternoon at a poetry reading, dan le sac Vs Scroobius Pip are an unlikely success story.” The Daily Telegraph

“From fuzzy electro to festival rave, it remains sharp and infectious throughout.” Mixmag

“A record that combines intelligence with originality and melody. A rare occurrence, in other words” Big Issue