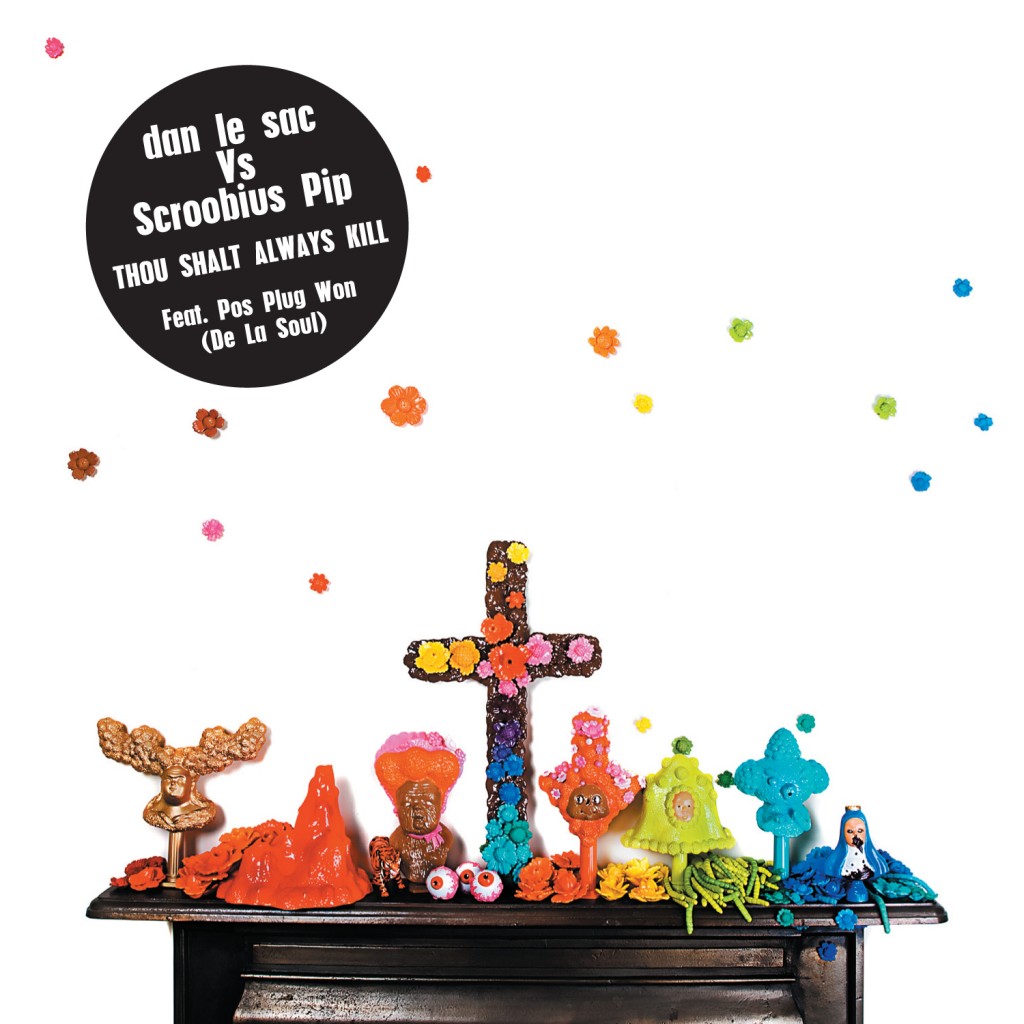 Having served up an album of the year’s most pertinent pop polemics, dan le sac Vs Scroobius Pip have teamed up with De La Soul’s Pos Plug Won, for a reworking of Thou Shalt Always Kill released on 7″, 12″ and download on 26th January 2009, backed with some killer remixes by Friction & K-Tee, Drop the Lime and Losers.

Plus, there’s a brilliant new video on YouTube & iTunes

With De La Soul, Pos Plug Won became an arch exponent of accessible conscious rap. He joins dan le sac Vs Scroobius Pip to rework the duo’s transcendent hit single, that leapt from their bedroom studio onto the airwaves early last year. It comes with remixes from Friction & K-Tee, Losers, Drop The Lime, Playdoe/DJ Fuck and a Sunday Best Cosmic Dub plus the Original 2007 version.

What the critics said of Angles:
“They have crafted the most thoughtful, fresh and rollicking album you’re likely to hear this year. At the forefront of a new, urgent, hip-hop.” – The Independent
“Witty, fearless and original” –  **** MOJO
“More then just a one-bitch wonder. le sac and Pip give UK hip-hop a cheeky slap” – NME
“Invention, intelligence and – crucially – passion” – **** DJ
“A breath of fresh air.” – **** The Sun