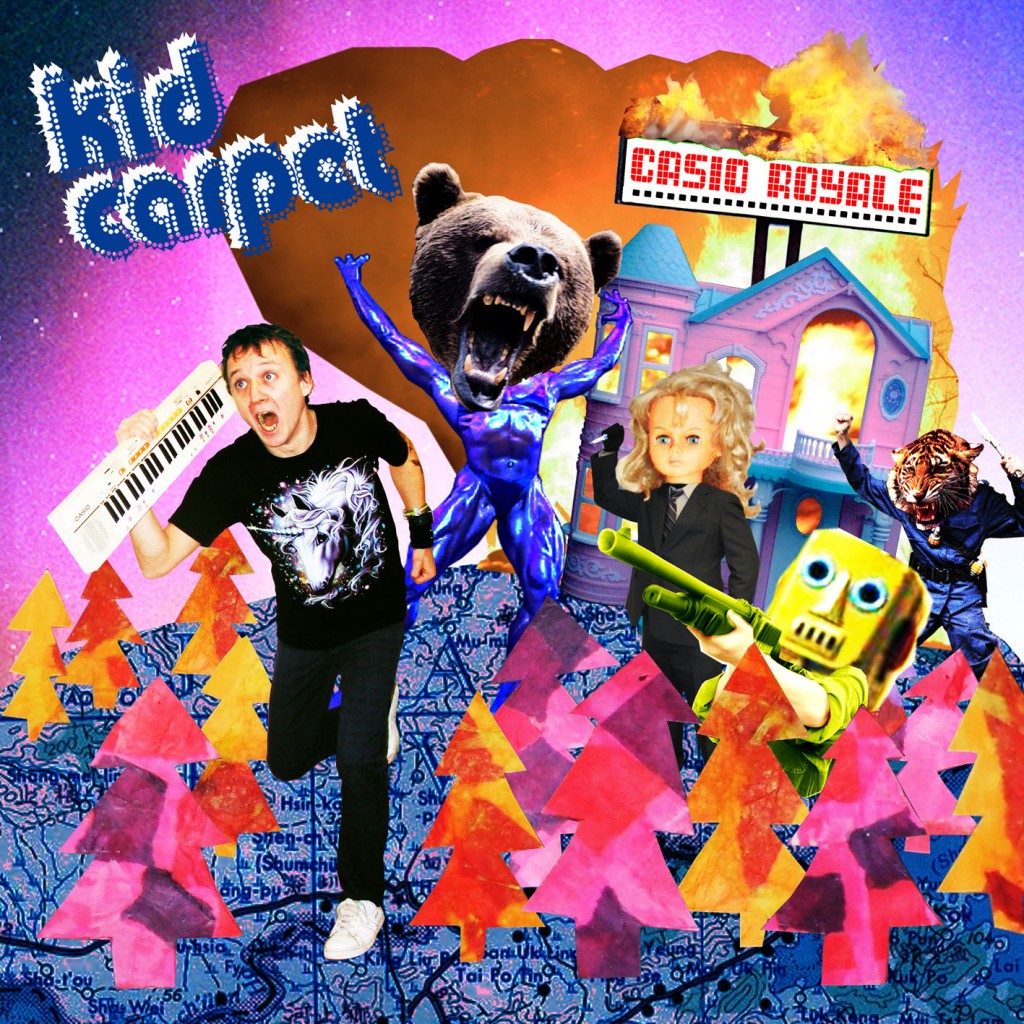 And I’ve made a second album!

I was ultra-chuffed to get to make one album, not everybody gets to do that. Now I’ve done a second one called Casio Royale. Rob da Bank thinks it’s ace (ace like space) so he’s putting it out on his Sunday Best record label. Flippin RESULT!

I set out to make a Pop album.
My first album had a mix of badly recorded Disco Punk songs and 20 second weird interludes but for this album I decided to concentrate on making more developed music. So yeah, I’m using much more keyboards now – I’ve pretty much become a Casio collector. I’ve always used the Casio SA-1 in my set and as I have a knack of being able to drop, throw and batter my instruments I’ve had to get a spare. So I checked on ebay……….. Man Alive! What used to cost me about £2.50 from British Heart Foundation now costs about fifty quid. It’s because of those damn circuit benders.

Lorenzo, my wind-powered organ (£2 from the charity shop opposite the Joiners Arms in Southampton, now closed) is all over one track and another is made entirely out of computer game sounds. I’ve discovered the Casio Chord and Arpeggio buttons on my keyboards, big time. I’ve got loads of guest singers and players on this one too. Lots of ladies. Granny doesn’t make it onto this album unfortunately. She’s ok though. I told her about being on the first album and she grinned in that “i don’t understand but i’m happy because you’re happy” kind of way that only grannies can.

One day I was checking ebay for keyboards and i decided to search for Casio in the Fashion department. I thought i might find a nice T-shirt or something and sure enough, there was a Casio Royale shirt for sale. There wasn’t though, it was a spelling mistake.

So the album title was obvious to me but only after i’d been through a whole lot of other also rans including: The Weasel (as in pop goes the…), Crossroads Motel California, When I Grow Up I Wanna Be A Tramp, Cheap Champagne, Fake Tattoos, Dolphins Vs Sharks, I Wish I Could Do Wheelies…..

It was my birthday this month. Kid Carpet is now 5 and it’s fitting that Casio Royale has a bit of a grown up attitude and sound because it’s time for the Carpet to go to big school. My investigations into growing up have enabled me to obtain my first County Court Judgment recently and i’m also proud of my first speeding ticket.

Kid Carpet is an anagram of my real name Ed Patrick. It’s really me but mixed up a bit. I’ve been called the Tommy Cooper of electronica but I feel more like a mixture of Mr Cooper, Frank Sinatra and Robbie Williams in an electro punk pop disguise. A few of Tommy’s mistakes, a smattering of Sinatra’s solo artist singer man style and a nod to Robbie’s shapes, tattoos and footballing methods.

I Don’t Want To Fall In Love With You is the first single off the new album and it’s out on 9th June. I think it’s a great name for a love song. It sounds a bit Flaming Lips meets The Cure in Kid Carpet pop heaven. A chap called Wrongboy is making the pop video – it’s gonna be very interesting!  If you’ve not seen my other vids you should check ’em out, especially ‘Carrier Bag’, that’s my favourite.

I don’t need to make loads of money, I just want to be happy and keep from going mental.
And I’ll keep on rockin’ the house because you Can’t Stop The Pop.

Take care out there and stay cool,
love from Kid Carpet 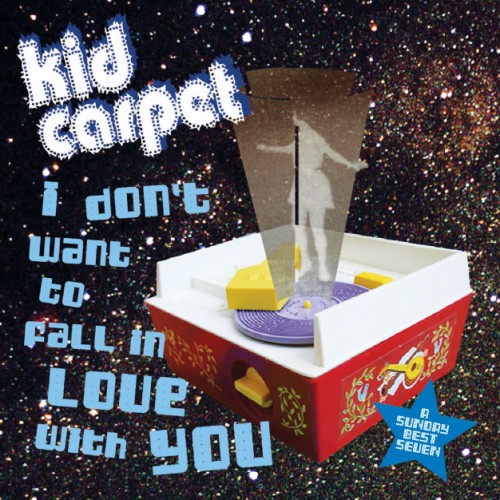 I Don’t Want To Fall In Love With You