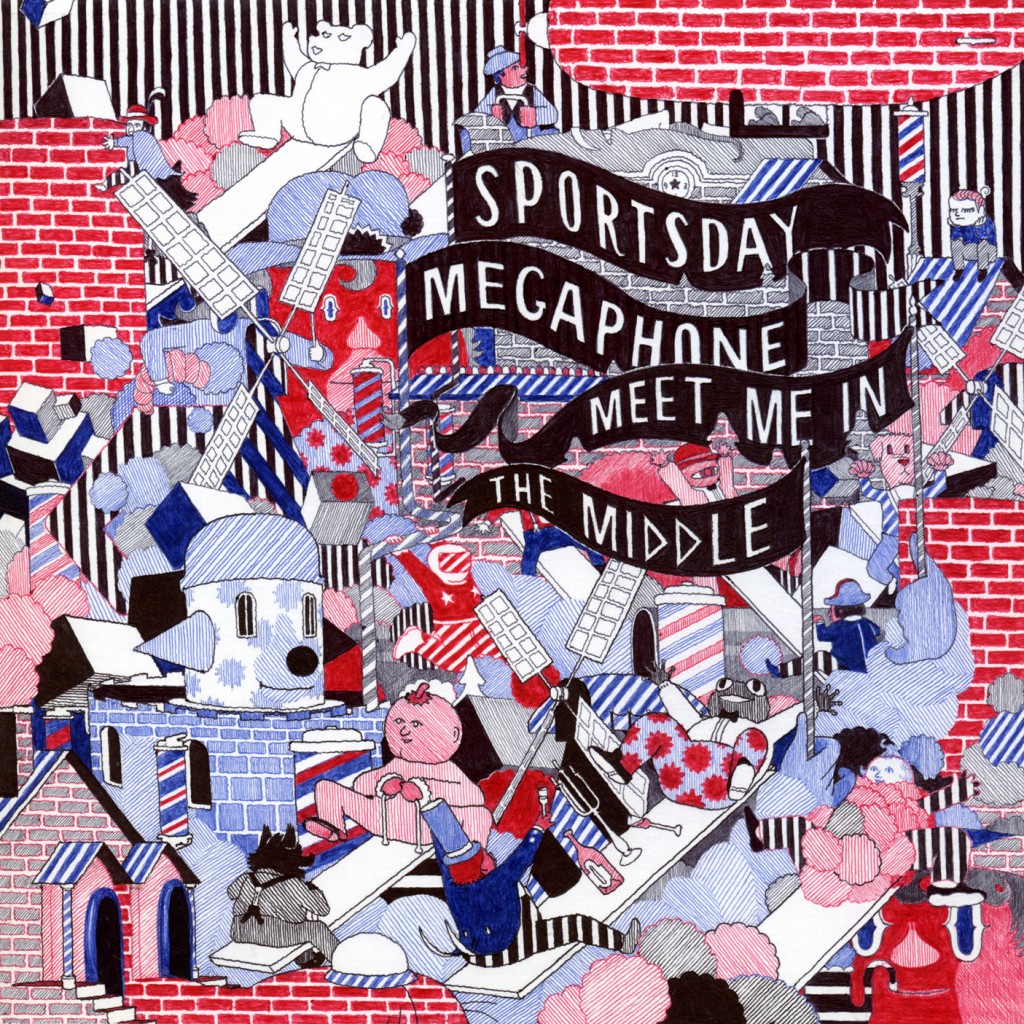 Meet Me In The Middle

Sportsday Megaphone’s ‘Meet Me In The Middle’, was originally released as a 7″ single (and download) in December 2008.

However, despite it being arguably the highlight of Sportsday’s much-admired ‘So Many Colours / So Little Time’ album, it came out quietly and without much fanfare or fuss from us as, at the time, it was missing a key component … its lovingly produced video.

We knew that O W L S (AKA Hugh and George) were working every hour they could find, painstakingly illustrating and animating the whole thing from scratch… and we knew it would be worth the wait. So that’s just what we did…

… and with over 120,000 views in just a few weeks on youtube we’re happy we stayed the course.

To pass the time while we waited for the video we also had a couple more remixes commissioned to go with the already incredible David E. Sugar remix.  Sunday Best’s secretive in house remix maestro and the up and coming Max Justusstepped up to the challenge with aplomb and voila! – a dancefloor friendlyBeatport exclusive package par excellence!

Debut album SO MANY COLOURS / SO LITTLE TIME was released in September, a spirited debut, bursting forth in 3-minute volleys of electro-pop and synth-punk.  Hugh Frost has a CV now ranging from remixes of Malcolm Middleton, Envelopes and Operator Please, to video direction for Friendly Fires and The Maccabees, and even a stint as a graphic designer for American Apparel in Los Angeles.


A. Meet Me In The Middle


B. Meet Me In The Middle - David E. Sugar Middle of Nowhere mix


Meet Me In The Middle - Vincent Oliver remix


I Think It's Love - Indurain remix


Meet Me In The Middle - Max Justus Remix


Meet Me In The Middle - Sunday Best Hucknall Redux

So Many Colours / So Little Time